Mayor —- Barry Patel (of course he wouldn’t be Mexican)

First of all, who elected Keegan-Michael Key as the mayor?

I mean Jesus Christ, the resemblance is uncanny! The city of SPI wants to be diverse and not seem racist by electing a mayor with Indian descent and a Hispanic as mayor pro-temp, but we all know that SPI is where all the Valley KKK members live and hold their secret meetings. SPI, you don’t fool anyone; if you look through the phone book (yes those things still exist) and turn over to South Padre Island, even the fucking text is white.

This isn’t the first time we’ve talked about why going to the Island is the worst possible idea, but it can’t be said enough that there’s everything wrong with dipping into your God damn savings account to afford a shitty frozen margarita at Clayton’s. What makes it all the more worse is that local tourists will spend JUST enough to make this place the top selling bar in the fucking Valley. How the Hell did we let THAT happen? Clayton’s exists for people who are too stupid to realize that you can walk over the side of the building and drink beer from the Port Isabel Stripes that’s 80 million times cheaper. Clayton’s is literally just a giant patio deck that some bro built to let a few terrible cover bands play during the off-season and attract has-beens during the summer for a quick buck. I vote to change their slogan to any of the following:

Clayton’s: Because You’re All Dumb As Shit

Clayton’s: $10 Juarez Because Fuck You

Everything and anything you buy, eat, or drink at the Island is overpriced and tastes like hot garbage. They get away with it because the patrons of Satan’s island know you don’t want to feel duped into spending so much for something you could’ve gotten everywhere else for a lot less. “It’s not regular salmon. It’s ISLAND salmon!” Fuck you. Don’t come at me telling me Burger-Fi DOESN’T taste like a cafeteria burger. It’s a racket and the whole God damn city is in on it.

That jingle goes on… but I’ll stop there because nobody should ever be put through that. If you want to actually listen to the full jingle, it’s your funeral.

First of all, I do remember the best times I ever had, and they were not inside a toilet bowl of screaming kids and whales in bikinis. And no, this didn’t always happen in the summer time, wait..well, maybe they did…since that’s the only season a Valley guy like me has ever experienced down here. Why the Hell do their commercials say, “dive in to the sunny days,” when there’s no diving allowed inside the park? The fuck? Schlitterbahn. The hottest-coolest time in Texas? Oxi… Morons! (ZING!) People storm the Island during the summer to go to this place. Why people? Do you know what that water is made out of? It is no longer Hydrogen and Oxygen, after the first brat enters the pool, that water becomes a mix of urine and sun block. Gross. I mean, if frolicking in toilet water is your thing, then by all means; indulge. You dirty mother fucker you. If this is the best the Island can offer, I’m not surprised why the island is sinking into the Gulf of Mexico.

South Padre Island is not just a vacation spot, it’s where people go to have fun and have sex with their sancha/sancho. If only Beach Acces 6 could talk.

South Padre Island is filthy and a bit racist at times but we still end up going and enjoying some waves and the sun rays. 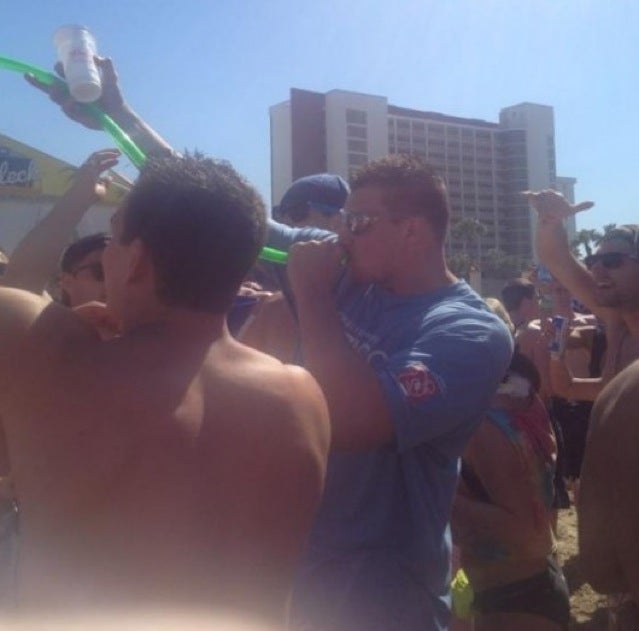 The Worst Restaurants In McAllen (According To Google Reviews) 2019

The Worst Restaurants In McAllen (According To Google Reviews) 2019

Fans from Dallas Are Either Hypocrites or Jerks