If you’re Republican Presidential candidate Bobby Jindal, I don’t have to tell you that things aren’t going so hot for you right now. So what do you do when you’re polling at the very bottom of the pile? Latch yourself on to some other dude to get your name out there a little more, right?

Someone must’ve given Jindal that advice because his website is one big clusterfuck collage of The Donald.

Here are some shots of this SEO disasterpiece: 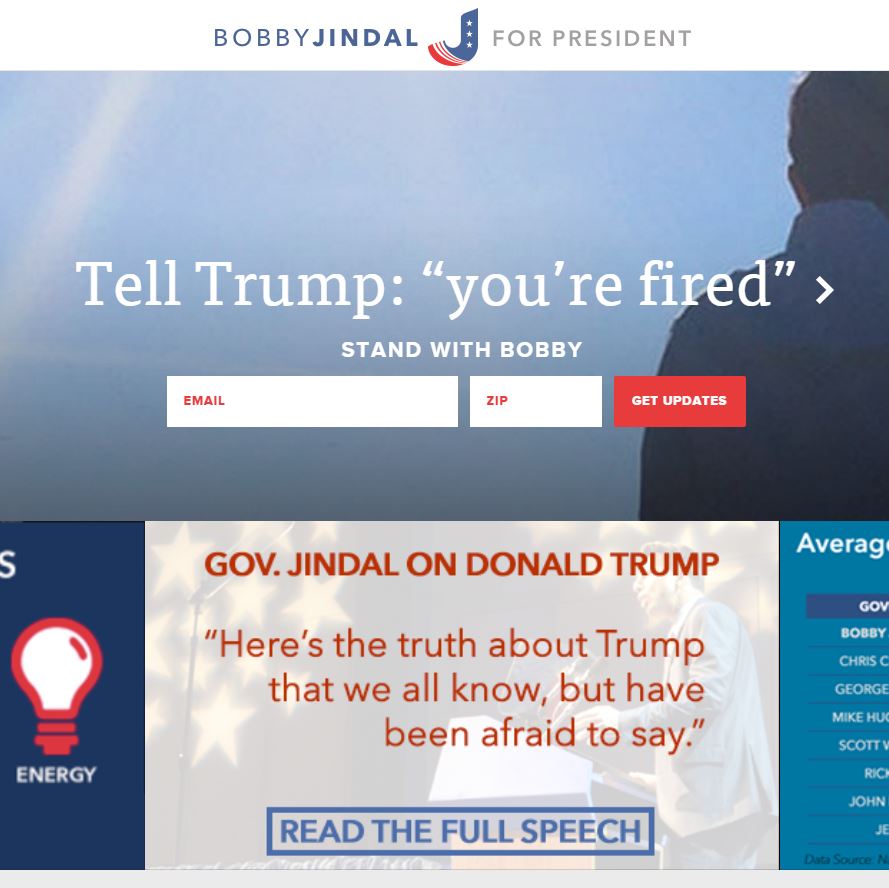 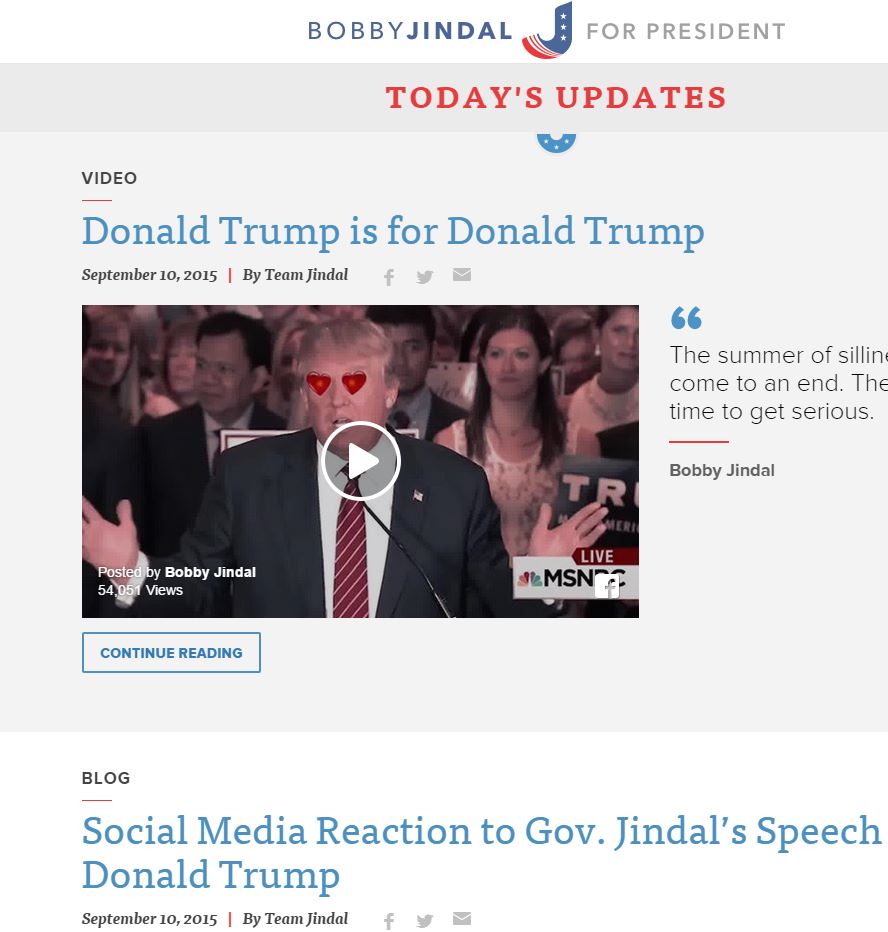 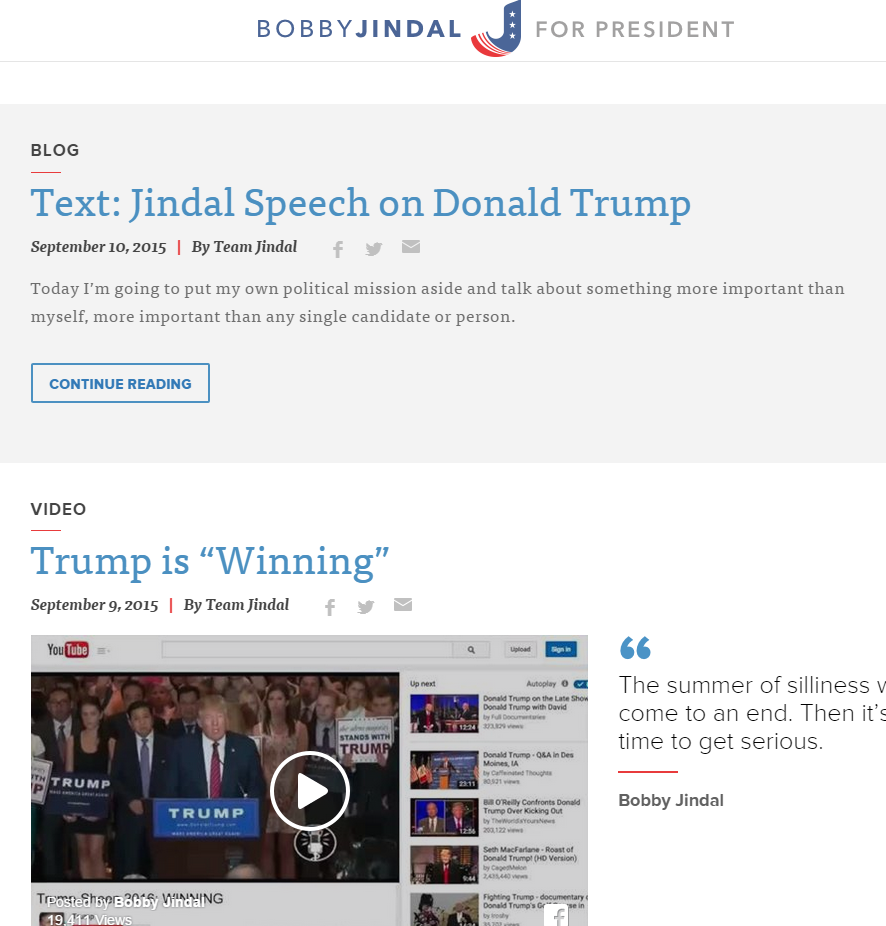 Granted, he’s going the anti-Trump route but MAN is this guy thirsty for some website clicks.

Verizon’s “Back Up” Commercial Is The Best

Latest from The News

Yesterday, we published a polished timeline of the events surrounding the scandal involving Edinburg police chief,