There was an accident on the expressway, so we got off on I-Road, only to get stuck behind another 80-car pile-up on the frontage. Welcome to San Juan.

San Juanita Sanchez, the role she was LITERALLY named to take. 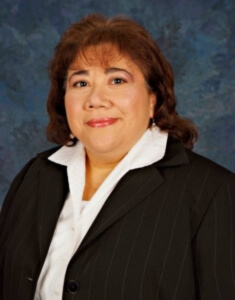 I don’t consider myself an elections expert, but I’m gonna say that 93% of her votes were probably cast by people who only read up to the “San Juan” in her name, stopped and just hit the check. It’s also fairly easy to win an election when you just need 9.7% of registered voters to win your town’s mayoral seat. You couldn’t PAY for these people to vote.

This is Sanchez’ second go at being mayor of this hot garbage heap after she was ousted the first time by the guy who would eventually break San Juan’s EDC by immediately firing the guy who increased San Juan’s revenue by 7900% just to shake shit up. Pedro Contreras’ tenure as San Juan mayor is on par to a dog chasing a car, finally reaching the car and not knowing what the fuck to do with himself after.

Since Contreras’ shit show, the EDC has basically caved into a black hole of debt and controversy. In 2014, ex-Director Ismael Delgado knowingly attempted to make the EDC board (you know, the people that employ him) look stupid by calling a fake meeting that none of them knew about so they wouldn’t attend and today, that same EDC is closed and under investigation for having liquor, casino charges on their ledger and for making payments to a phantom cleaning lady, who happens to have experience running a business. The San Juan EDC is SO fucked and Sanchez can’t fix it for all the pant suits in the world.

One morning, I was standing alone at a Starbucks and ordered a coffee; no line and, again, I didn’t order anything complicated. I saw 4 employees running around doing all sorts of shit to get their machines prepped and ready. Milk was getting put away, stuff was getting stocked up, shit like that. Mind you, they were going FULL SPEED, like Game 7 NBA Finals kind of intensity from all 4 of them. Just a whole lot of commotion, but not a single one was actually making my coffee.

That’s San Juan politics in a nut-sack for you; a whole lot of stuff happening with absolutely nothing to show for it.

Thousands of years from now, archaeologists will unearth San Juan’s buried Basilica and endless taquerias and say “We have found it. This was the place where humanity reached peak Raza.” The only place the history of San Juan actually exists is on a random post on the “La Pulga Online 956” Facebook group. This city is just one giant Stand & Deliver set with Edward James Olmos as the director. “MIJITOS! WE NEET TO MAAKE DES PLACE MORE RAZAAAAAAAAA! WE JUSS NEET DA GANAAAASSS!”

I’d bet all of my future earnings that the first moron who came up with “I’m not Christian. I’m A CATHOLIC!” was probably from San Juan. 99% of them are Catholic but only 4 or 5 ACTUALLY mean it; that’s just the cycle of Raza Catholics in general. They only get Hulk-Catholic during back-to-school or around Christmas when EVERYBODY’s run out of money. These are the kind of people who will show up for mass at the Basilica hungover, pulled up in a tinted Yukon with their last name spelled out in Old English font over a Santa Muerte decal in the back window. If PSJA High had to re-vote on a mascot, it’d probably be a two way tie between a giant Virgen De Guadalupe and a giant bottle of Buchanan’s.

Nobody’s impressed with your Land Rover OR Mercedes dealerships, San Juan. The only reason why they opened up locations there is because nobody else wanted 400,000 square feet of hot-ass asphalt more than that city. San Juan is basically the parking lot for most of McAllen and Sharyland’s future leased out SLKs.

San Juan is home to Junior’s which is probably the only legit local rival to HEB and probably the only reason to visit San Juan; just make sure you stay away from buses to casinos in Eagle Pass or this fucking guy while you’re there.

Can We All Agree That The Median On N. 10th Is A Bad Idea?