The video is a little over 21 minutes long so there’s quite a bit that goes on to where it would just make more sense to just list all of it:

Mission PD has placed Sgt. Casas on paid leave pending an investigation and has released a statement, shown below: 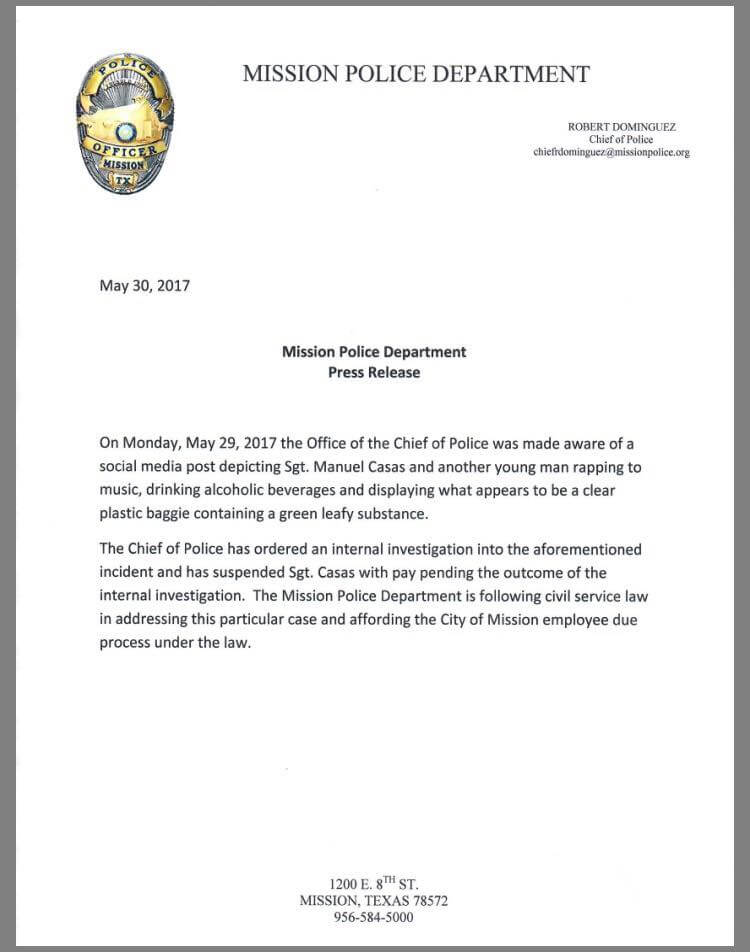 In addition to being an officer, Sgt. Casas is also a Christian minister, being a part of a group called the “Thin Blue Line Men of Valor Ministry,” Casas has 115 subscribers to his YouTube account and has several videos of his ministry as well as one video of Mission PD training.

Weslaco Hero Signs “Fuck You” On His Traffic Ticket; Gets Arrested

Weslaco Hero Signs “Fuck You” On His Traffic Ticket; Gets Arrested