We’re getting off on Jackson. No, not Jackson but Jackson. Nahh man, THE OTHER FUCKING JACKSON!!!! Welcome to Pharr.

77,320 (2016), all of whom you can find at the Jackson Rd. Cinemark on Tuesdays huddled together with their kids ALL scream-crying when they see Old Man Logan rip up another goon with his claws. I once came out of the Pharr Cinemark sometime close to 1 AM and I saw this couple drag their two 9-year olds into their car on a school night. Fuck these people. 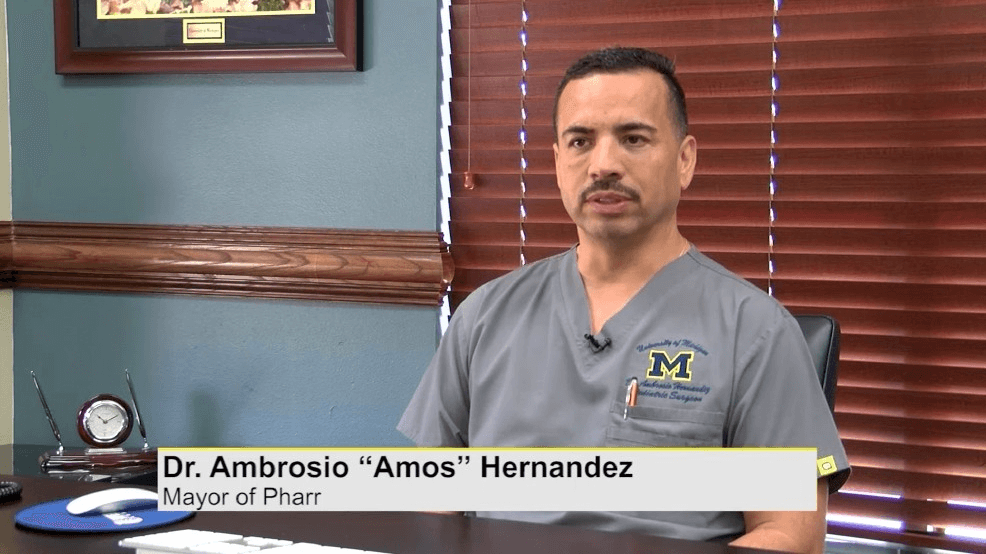 Wait, hold up. Let me try to find a pic where he’s actually wearing a suit. 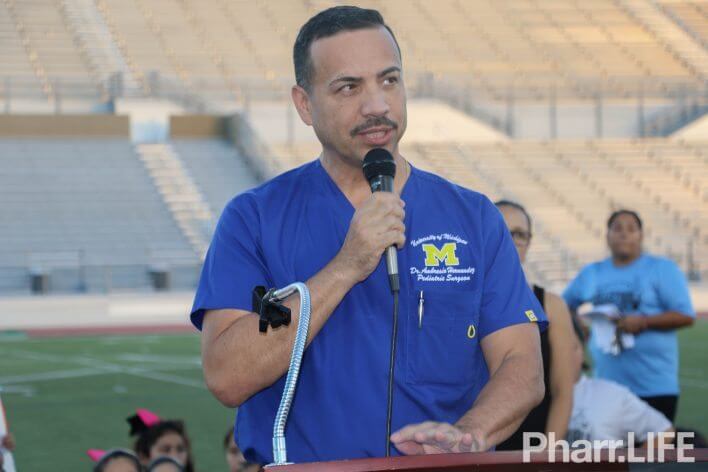 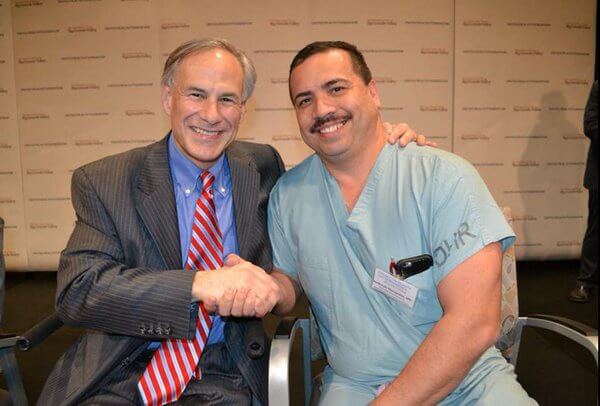 Fuck, maybe when he’s in action during a city meeting? 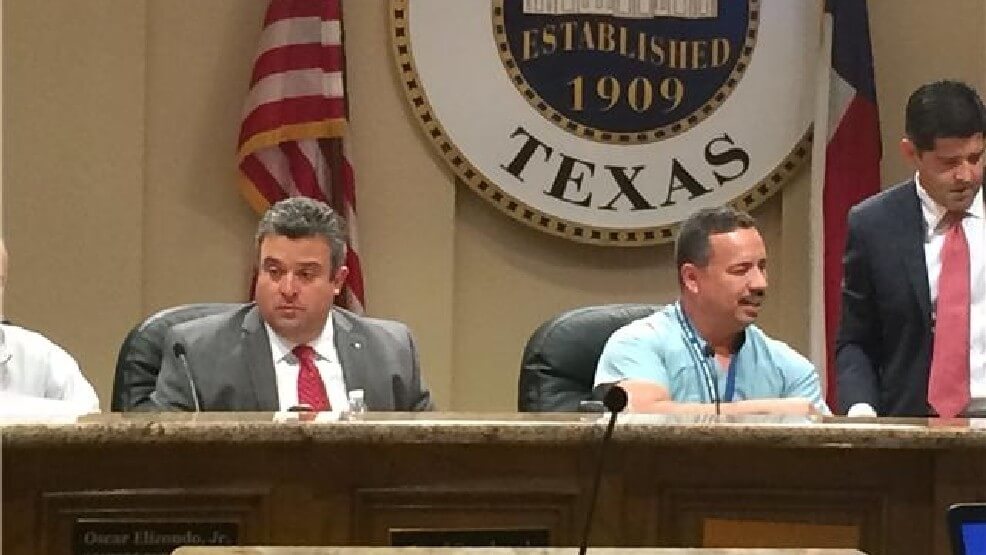 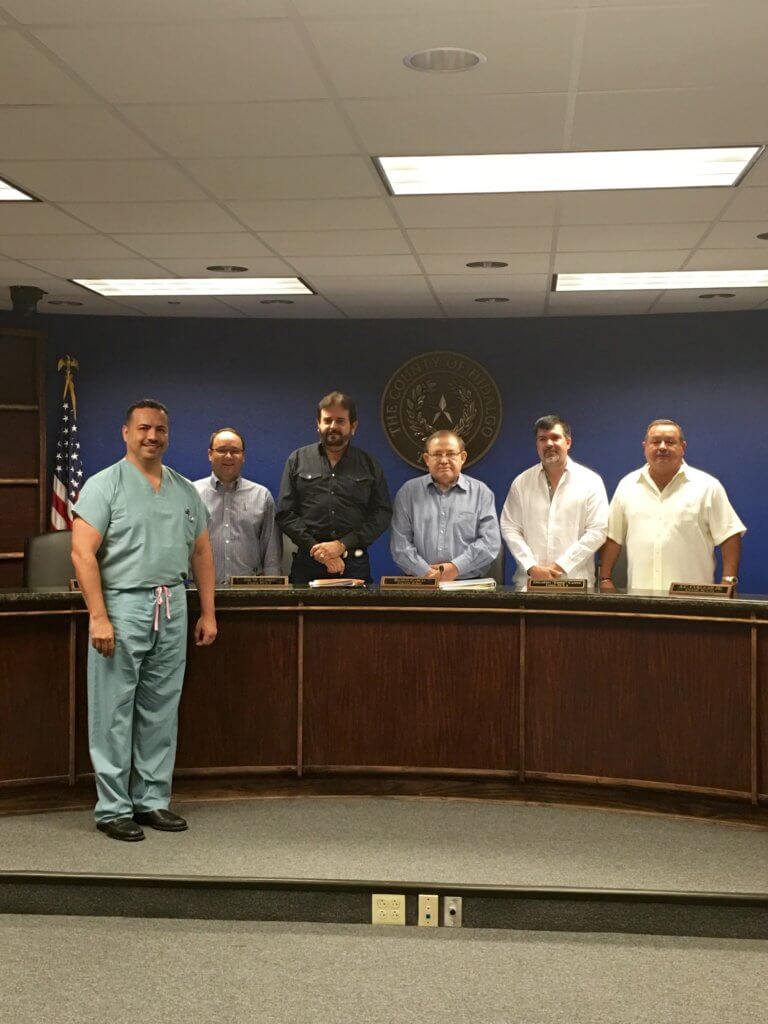 God damn it. Maybe when he’s out shaking hands with voters? 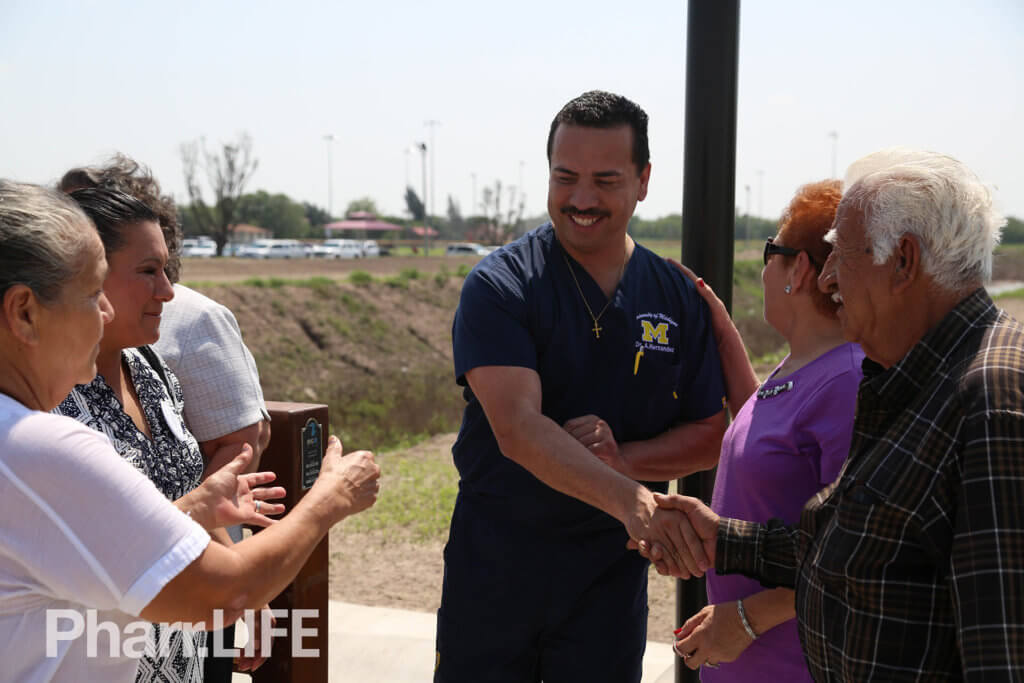 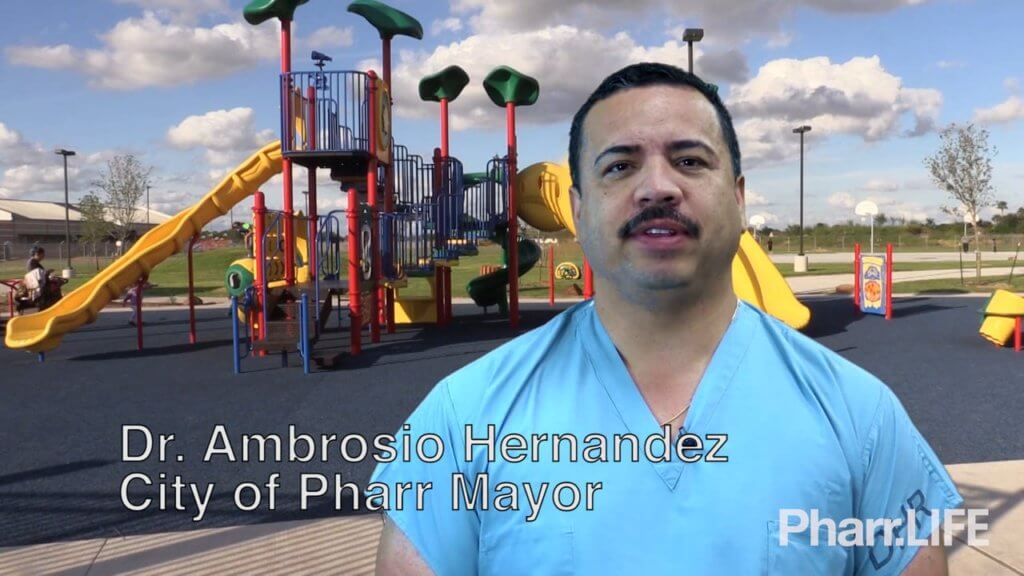 Does this man own any other article of clothing? Seriously? Even the Pharr city employees are complaining about it.

I’ve actually come up with three very plausible theories as to why Dr. Amos chooses to live life in scrubs:

As I’m writing this, I can already hear the comments blasting, “HE’S OUT THERE SAVING LIVES, JD!!! HE DOESN’T HAVE TIME TO CHANGE BETWEEN JOBS!!! #PHARRRRRRFORWARD!!!!!!” Bullshit. If you don’t have time to change into a decent God damn outfit to meet the Governor, you sure as shit don’t have the time to run a city.

2. It’s his constant reminder to everyone that he’s a surgeon and is WAYY smarter than you.

He could very well be one of those insufferable gasbags who think that you find that he’s a Dr. SOOO interesting. He wears the scrubs to lord over everyone that he is a SMART MAN and will not stoop down to your intellect. Did you know that he went to The University of Michigan – Ann Arbor for medical school? Did you know that he’s also a surgeon? Of course you did, because he told you five fucking times the FIRST time you met him.

Maybe?(!) Who knows? What’s the going rate for removing a lego from a 8-year old’s nose? I sure as shit don’t know Dr. Famous Amos Cookie’s financial well-being. For all we know, maybe the guy can’t afford a decent suit. That’s why we at The Bench Wire have taken it into our own hands to share the love and raise money to get Mayor Hernandez a nice two-piece so he doesn’t look like some poor extra on Grey’s Anatomy. DONATE NOW! 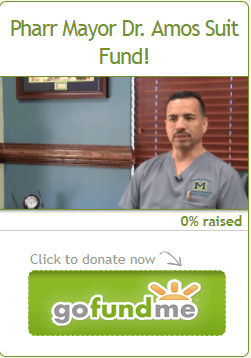 There are only two cities that are of actual economic and political consequence in Hidalgo County: McAllen and (I guess, why not?) Edinburg. Pharr did all this work to ramp up Jackson by shutting down the one place that would accept a PSJA North graduate (Convergys’s), eliminating a mall brought to you by the rapture, and installing a new theater and a Main Event. Meanwhile, McAllen just took a big ol’ dump on Pharr by sucking up all the telecom jobs, opening up Dave & Buster’s AND Europa as well as jizzing up their performing arts center. Pharr is destined to sit at the kids’ table in perpetuity along with the rest of the Valley cities that nobody gives a shit about.

Somehow, people are still unsure about whether or not Pharr city manager Juan Guerra actually beat his wife.

Is there even a bar in this city? Ever since Graham Central Station (RIP Graham) got blown to hell, Pharr’s choices have been reduced to either eating dirty ass or going to a chain restaurant serving up $10 wells.

Is Las Milpas its own city? Is it governed by Marshal Law? I believe it’s a Pharr city ordinance that every male from Las Milpas must register to either be a drug runner, a stock boy at the San Juan Junior’s, or a really shitty rapper. I can’t be sure, but I’m pretty positive that every Latino gang movie is filmed in Las Milpas. If True Detective ever needed a location so perfectly depressing with the right amount of drug noir, grit and creepy religious ceremonies dedicated to La Santa Muerte, Las Milpas is your spot.

It takes a city so uniquely incapable of function to allow someone who has been accused of sexual harassment to continue to be the direct supervisor of the two people filing civil suits against him. I’m not saying Gary Rodriguez did what he’s being accused of, but Pharr seems to have run out of any fucks to give.

As Editor-in-Chief of this mess of an operation, I can tell you that you should hold The Bench Wire and our shitty opinions to the lowest common denominator. However, if you stoop just a bit lower from where we are, you’ll find where Pharr’s Advance News Journal is printed. If you don’t know what the hell “Advance News Journal” is then I’m afraid to tell you that YOU clearly aren’t their demographic. When news broke about Dahlia Ybarra’s sexual harassment suit, Advance News Journal’s G. Romero Wendorf drooled out a misogynistic (SEE, I CAN SPPEELL) opinion piece that answers the question “What would happen if I gave my angry grandpa a newspaper to run?” A week later, his wife Jan Wendorf, an educated woman I’m sure, wrote this about Ybarra and women in the workplace in general:

Bless her old heart. I bet she even has an old Phyllis Schlafly photograph framed over her bed. Here’s a sobering fact for our cousins at Advance: This post will probably get more views than their paper has been read all of last month. When they wonder why they have a spike in website visits, it will be because I sent them there.

Now, would you fucking Commies just let me enjoy a God damn cigarette?

The city is legitimately trying to connect with its citizens using social media and events to reach out and, I guess, this woman who lives there that has decent tortillas.

Ernesto Gonzales, Missing Harlingen Attorney, Said Family Made Him Fear For His Life